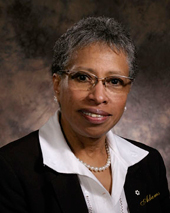 Lewis first entered political life in 1979, when she ran for a seat on the Annapolis Royal Town Council. In 1982, Lewis was appointed Deputy Mayor.

She is also an accomplished textile artist and owned a weaving a design business in Annapolis Royal, for many years.

Lewis trained as a registered nurse and graduated from Dalhousie University with a diploma of teaching in the schools of nursing.

Dr. Lewis has been the executive director of the Centre for Women in Business at Mount Saint Vincent University. Presently, Dr. Lewis is the principal for the Halifax Campus of the Nova Scotia Community College.