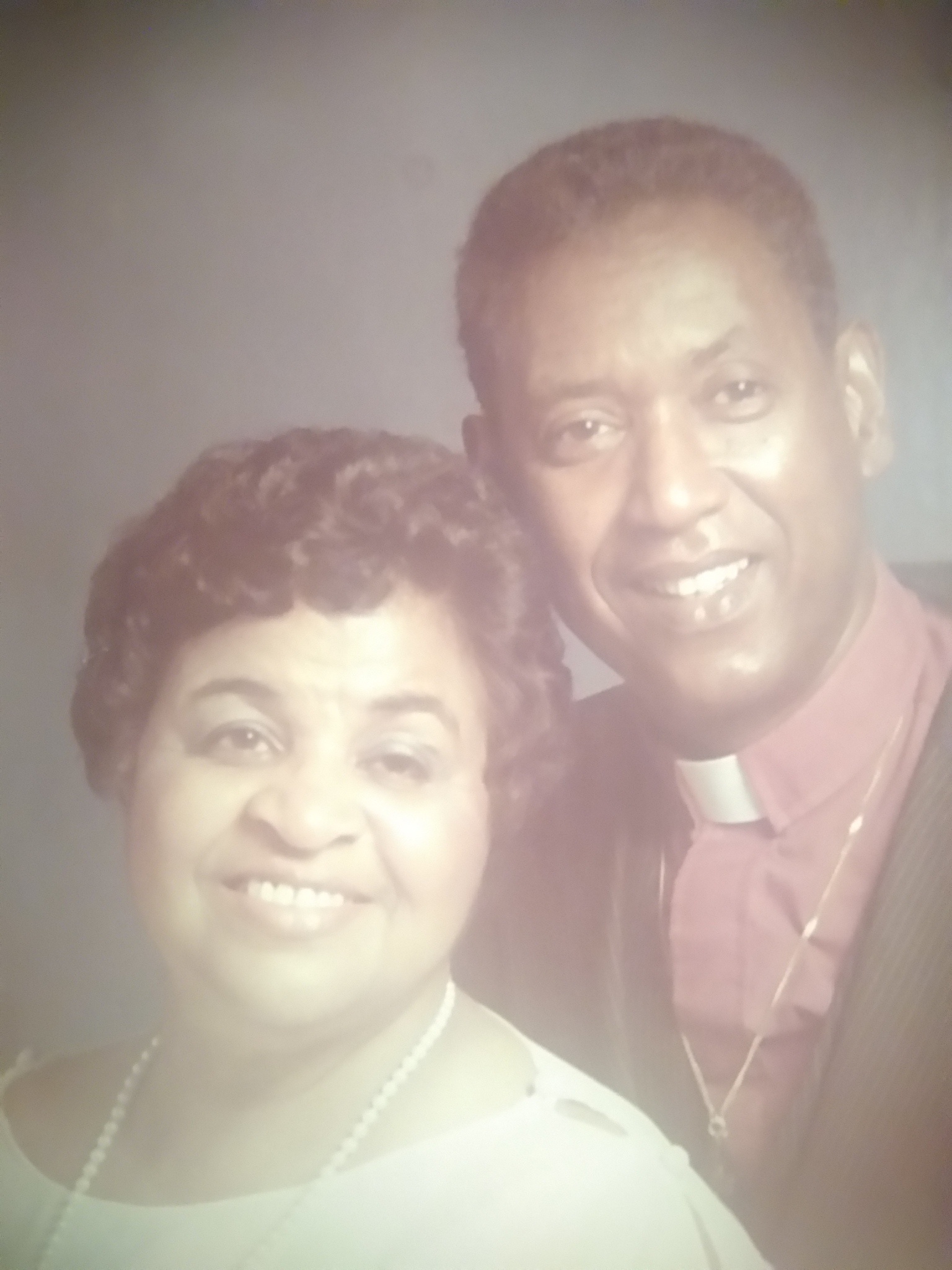 The OBHS was pleased to visit the home of Lily Francis.  Join us as we profile both herself and her husband, Reverend Gordon Francis.

My name is Lily Agatha Francis, the wife of  the late Reverend Gordon Francis.  We have one daughter, Florence Harriet Elizabeth.  Her name was inspired by a book I read about twelve wonderful women.  When my daughter was born, the midwife said, “What are you going to name this child?” I replied,  Florence from Florence Nightingale (Nurse) , Harriet from Harriet Tubman (Underground Railroad conductor) and also Harriet Beecher Stowe (author of Uncle Tom's cabin), and Elizabeth after Elizabeth Fry (She worked with women and helped them due to the
suffering they faced in those days).

Reverend Gordon Francis was the founder of the Pilgrim Methodist Church located at 778 Ossington Ave. in Toronto.  The Church provided a place of
worship for new Immigrants and the community.  He was very involved in community work.  In the 1960’s he spoke with the CEO of General Motors requesting that the company expand their hiring to Blacks in the community. In 1963-1964, he broadcasted morning devotionals  on CKTB radio in St. Catharines. He also had a Radio Ministry which broadcasted from Chatham Radio Station and Sunday broadcasts in Windsor.

Reverend Lily Francis was born March 5th,1925 in Devonshire Castle, on the Essequibo Coast of British Guiana. Lily began her teaching career at age 15 at Success Canadian Mission in Leguan which was a Presbyterian school. She later continued teaching  at St. Laurence's Anglican School, before migrating to Canada  at Campbellville Government school in 1956. Lily ended her career in a local Government school (from kindergarten to grade 8).

Before immigrating to Canada, she assisted with pastoral duties and teaching Sunday school with Rev. Gordon Francis, who she married. Lily had many other roles as Sunday school teacher, pianist and organist.  Rev. Markham made Lily the General Superintendent for the Sunday School at  Christ Church.

Lily shared memories of  early days of the Church First Baptist was the first Black Church in Toronto. It was led by Rev. Arthur Cariss, from Collingwood.  I was ordained by Rev. Blackwood, Rev. Kofi, Rev. Harry Chan.  I also assisted in the laying of hands by 9 Ministers. Did you know Addie Aylestock? Of course - she was staunch ..from Chatham. Daisy Clarke,
(Lily remembers others in the Church) in St. Catharines, Frank Dorsey, always late, he had to practise in a band.. his father was Old Charlie Dorsey.

In 1963, Rev. Francis was the Chairman of the Human Rights Committee and Treasurer of the St. Catharines Ministerial Association.  Rev. Gordon Francis was on the Ministerial Advisory Board for Brock University when it was first being established. Actively involved with the YMCA, he promoted opportunities for Black Youth within the community. He had speaking
engagements with the Kiwanis, the Rotary and Lion’s Club.

I remember the Annual Conference for the Ladies League and Gordon was late.  Margaret Jackson, a lady I knew from Toronto said to me, “ You better get up there and start to preach until your husband arrives."  Thankfully Gordon showed up, so I did not have to get up there.He was the only male member to be granted a Life Long Membership in 100 years with the Toronto Area Council of Woman and the Women’s Temperance Union. Rev. Francis was also involved with officiating the dedication of a plaque in honour of the 100 year anniversary death of Anthony Burns (Slave/Preacher).Lily was also very active in her community and was the Treasurer of both the Ontario and area Council of Woman and the Woman’s Christian Temperance
Union.

It was a pleasure to visit Lily’s family home, listen to her stories and look at pictures of the history she and her late husband created. As we end this interview, she wishes us well...

I would like to say, God be with you till we meet again, (Lily starts to sing) ..God be the tides that bind… 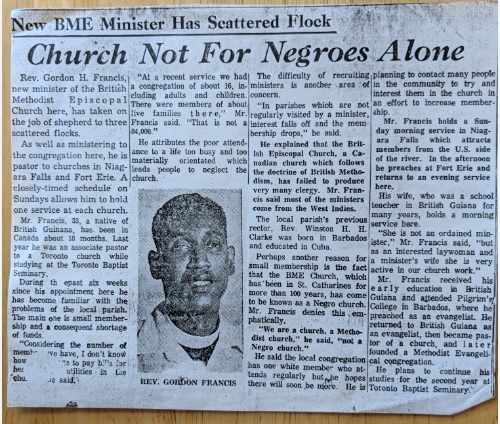