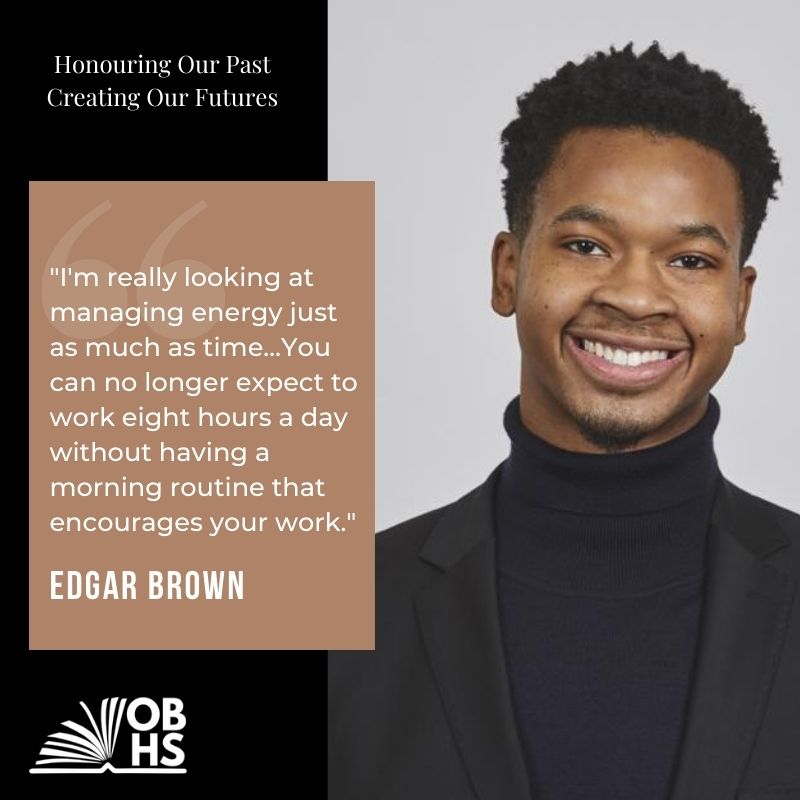 The high speed roller coaster of wins and losses is nothing new for Edgar Brown, CEO of FYT.

FYT  is a platform that allows fitness trainers to release workout programs and broadcast live classes to users from their smart devices. The startup is supported by Ryerson’s Digital Media Zone (DMZ) and was awarded the opportunity to participate in the Black Innovation Fellowship.

Brown had plenty of practice managing come-ups and come-backs as a former varsity athlete at McGill University, where he studied commerce, business analytics and computer science.

He learned about how to thrive in the space of working hard toward a goal with focus, strategy, and intention while growing up in an environment of athletics and excellence.

As the son of a Pediatrician and a Dentist, both with their own practices, he had an insider view on the business of service and care.

“My parents were super focused on having each of their children try and reach their full potential,” said Brown.

He took those initial principles and service models, and from them, built a platform that takes services from the store front to the world.

Being an online platform, the Covid induced pivot plan was natural and seamless.

He credits his healthy motion forward through the moment, to having an entrepreneurial and an athlete’s mindset, one that prioritizes agility and adaptation, along with wellness and self-care.

“I’m really looking at managing energy just as much as time. Working from home, if you’re not investing daily in your health, that’s emotional, your friends and family, it’s not going to work…You can no longer expect to work eight hours a day without having a morning routine that encourages [your work].”

Applying this mindset to his growing business, he was able to  learn, respond, switch up the play, then advance during the covid-19 crises.

“It’s a state of mind where we know we’re going to implement certain plays to accomplish goals… you learn to overcome losses with teamwork,” he said.

Brown believes it’s going to be the proactive action takers that lead in the latest chapter of global business, as opposed to those waiting passively for change.

He is pleased to see the conversation shifting toward awareness around matters of Anti-Black Racism, particularly in the corporate world, but warns about words without deeds.

“It’s not just about speaking on an issue,” he said.

“Who’s going to be the one setting up the black funds where we can say ‘okay, if you’re an ally go here.’ It’s people and programs like those that are going to succeed.”