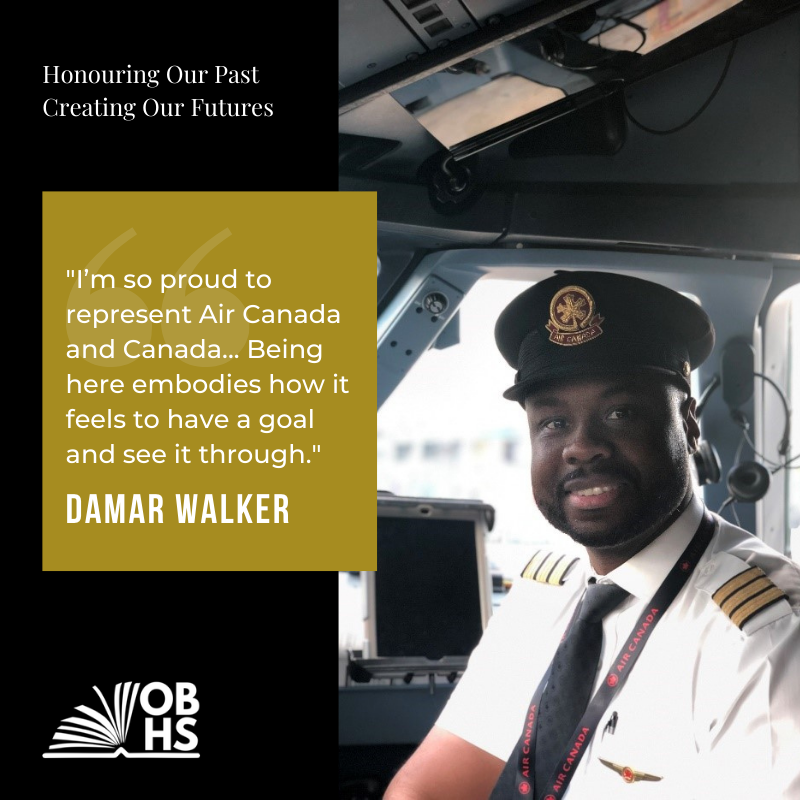 As the son of an aviation enthusiast, Damar Walker always knew he wanted to be a pilot.

“Growing up we lived by Pearson. Back then you could park your car at the airports and just watch the airplanes,” he said.

He made it known early that he knew what he wanted to do, and was fortunate to have the parental support encouraging his dreams, always reminding him they were possible.

After an entire childhood of aspiring to become a pilot, he watched in concern as his industry became a key component in the 9/11 terrorist attacks in 2001.

“I’m in highschool and they’re telling me my sector is dead. I went through university with the backdrop being that aviation was not a flourishing industry…People were constantly telling me the industry is not doing well, ” he said.

Today, 20 years later, the industry finds itself in another precarious position with the immediate grounding of all planes for a time, and an over-arching apprehension if not full restriction to travel due to the Covid-19 global pandemic.

Serving Air Canada, he’s become familiar with the turbulence that accompanies economies and feels ready to navigate them having done all the work to reach his life-long goal of becoming a pilot.

“After serving in the military for 12 years, I’m so proud to represent Air Canada and Canada… Being here embodies how it feels to have a goal and see it through.”

When he’s not working for Air Canada as a pilot, Walker serves as Secretary on the Board of the Urban Pilots Network. He supports and participates in youth programming that encourages young people to enter the aviation and STEM space early on, and assists them in finding and charting a career path.

After all the discouragement Walker had to ignore to reach his destination, he wants to be a voice of encouragement like his parents were for him–and to be that voice for upcoming pilots that look like him.

“I want young people to know that if they have a dream, with the right planning they can reach it.”

Walker looks ahead with patience and confidence as he approaches the next phase of his aviation career amidst and post the global pandemic. Unshaken and determined, he pushes forward with commitment both to Canada and to his craft.