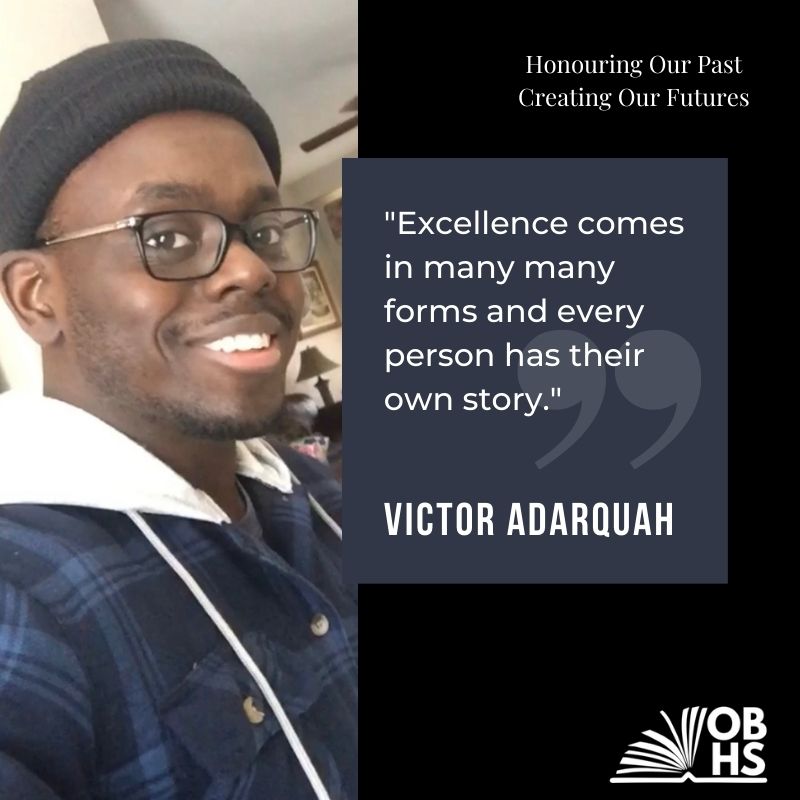 Victor Adarquah is a second year PhD Student at the U of T’s Institute of Medicine.  His research focuses on the biological processes associated with burn injuries in elderly patients.

He is intentional about placing just as much value on the acquisition of his degrees as he does on playing soccer and catching up with his young niece.

Adarquah believes that Black excellence isn’t confined to academia but instead, is something that all Black people represent. He took this belief and built an online platform that showcases Black excellence daily, calling it the Wall of Excellence.

“It’s hard knowing that their lives were taken away or cut short, all because they looked like [me]…that’s been heavy to deal with at times.”

As a runner himself, he had a lot of complicated feelings about the implications of running while black, and all the other challenges that accompany the skin he’s in.

“My best friend is a runner too…running after that was strange,” he said.

In response to the string of events, the Black Out Tuesday campaign initiated on Instagram, aimed to raise awareness about the seriousness of black death, by having people post black squares and the hashtag #blackouttuesday–This effort irritated Adarquah.

“It felt performative,” he said.

To respond in a way that felt better to him, he began an Instagram page that showcased Black excellence instead, calling it the Wall of Excellence.

“I wanted to get out of that negative frame of mind…I wanted to focus on highlighting the achievements of some of my friends.”

What started as a small showcase with some of his friends locally, has since grown, crossing borders with features on Black excellence from around the world.

“Excellence comes in many many forms and every person has their own story,” he said.

One of the major goals with the page is to create space for conversation that encourages the public to associate Black with excellence, rather than all the other things associated with Black identity. He believes the continued survival of Black folks is indeed excellent, and wants people to interrogate the beliefs they have to the contrary.

“Saying you don’t know or are unaware of the plight of black folks is very untrue at this point… BIPOC are constantly being discriminated against and it’s making everyone uncomfortable…Getting uncomfortable means a change is coming,” he said.

Through his page he wants to bring about meaningful change, both through the showcasing of Black people, and ultimately, he intends to see the page develop into a system of connections and opportunities for Black communities.

“Whenever [people] see a black person I want them to associate excellence with Black…Black is beautiful and there is absolutely nothing wrong with you for being Black.”