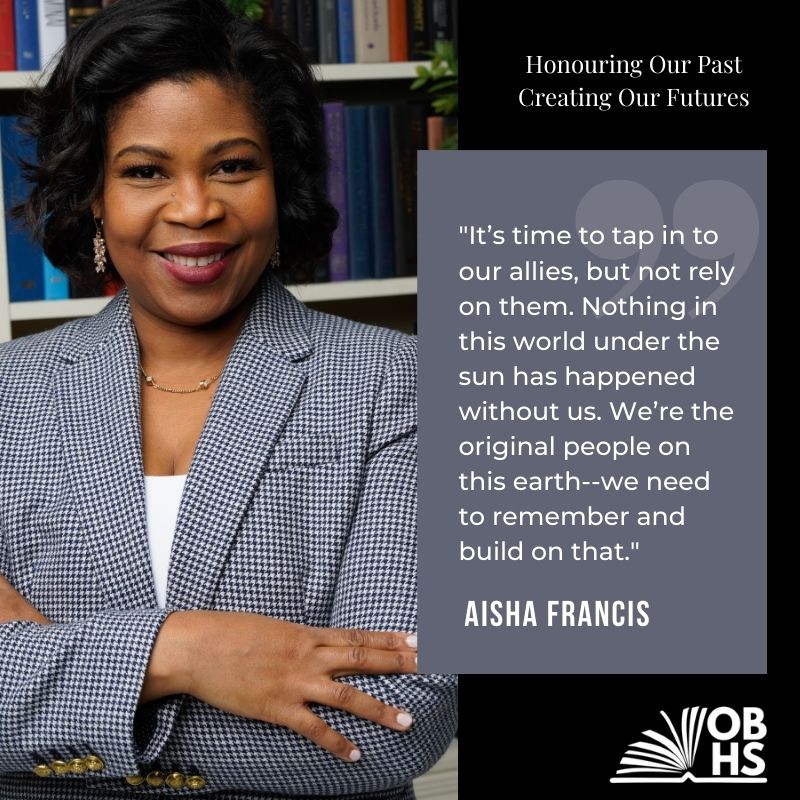 Families are still being impacted by incarceration.

Families of the incarcerated watched and waited in horror as Covd-19 ran wild in prisons. Thousands of low-risk offenders across the country were released early to help slow the spread, but that didn’t save those inside from the risk.

Families Impacted By Incarceration (FIBI) is a Toronto-based grassroots organization that since 2004, has supported families through the challenges that come with having loved ones who are behind bars and/or re-integrating into life on the outside.

In the early days of Covid-19, Aisha Francis, Executive Director of FIBI, spent a large portion of her time assisting the families that would welcome home loved ones who’d been released early due to the rise in cases in detention centres.

“We really had to pivot, like everyone else, to meet the demand and shift how we delivered our support programming, from in-person to online…but that’s not always feasible with this work,” she shared.

The high levels of sensitivity and privacy needed to deal with many of the cases, proved challenging and required creativity to get around. During the warmer months she could meet clients outside at parks, creating the privacy not offered in the close quarters of coffee shops. With the colder months upon us however, she remains unsure about how she will work closely with clients and their families.

Many of her clients and/or their peers had contracted or were exposed to Covid-19 while inside, and needed support to strategize where they could stay when they got out–an already difficult task, now with the added hurdle of finding space that allowed them to safely distance themselves from others.

Shelters that were over capacity prior to Covid-19 were now further stretched as the demand for services increased.

“This pandemic really highlighted issues that had already been there,” said Francis.

“The need for housing, financial stability, employment were all key priorities–and became even more and more difficult to find.”

Similarly, for FIBI, the pools of funding for the organization grew even more slim. The grants that were previously available had become even more competitive with larger organizations now vying for the same resources.

“Where we previously had the potential to drink from certain pools of water, now  bigger, more resourced organizations were also trying to drink from the same water, and they had the infrastructure to put together the grants and financials.” she said.

With the heightened awareness of police brutality and the lack of respect for black life on the world stage, people were challenged to interrogate the way they view people who come into contact with the legal system. Even and perhaps especially, Black people.

For Aisha, she sees this moment as an opportunity for the Black communities she serves to reflect and unite. To consider where we are as a community, and how far we still have to go.

“As a community we also got comfortable and a bit complacent. We rode on the backs of the civil rights movements and the work that was done from the 60s to the 80s…This moment has reminded us that we aren’t as far as we thought, that we aren’t anywhere close to where we need to be.”

While people appeared shocked and outraged at the realities of systemic violence Black communities have survived for hundreds of years, Black communities collectively yawned and/or wept with exhaustion. They also organized and resisted, as they always have, though this time with more of the concern, awareness, and even support of non-black peers.

She believes the divisions that were present in communities dissolved as folks collectively witnessed the blatant disregard for life.

“Before this moment, there was more of a separation in beliefs about the approach to the fight…five years ago many in the community were not here for Black Lives Matter,” she said.

“But this moment has brought us together and shown us it’s not either or, but both and–we need to do this collectively.”

She stays hopeful for the opportunity to challenge the policies in place with greater strength, wisdom and unity. With the statements around Anti-Black racism coming out from the highest levels, she hopes black communities can come together to strategically implement solutions to our collective challenges.

“Right now, we need to fortify within–I know we can do it, we’ve done it,” she said.

“It’s time to tap in to our allies, but not rely on them. Nothing in this world under the sun has happened without us. We’re the original people on this earth–we need to remember and build on that.”