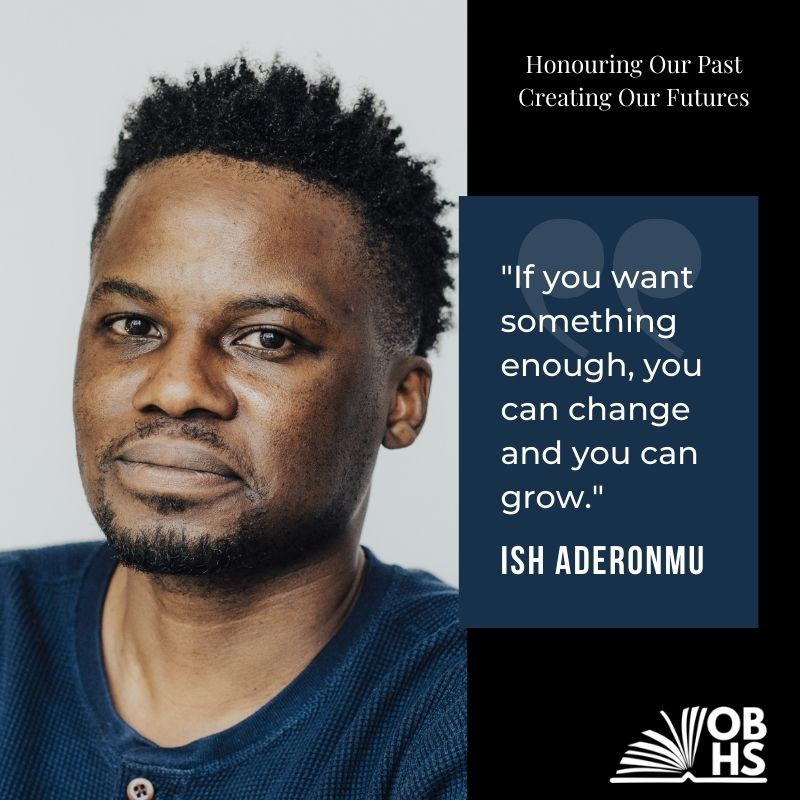 From Incarcerated to Inaugural Class of 2023

The last few months, and years, have been an emotional rollercoaster for Ish Aderonmu.

One of the high highs included being accepted into Ryerson’s inaugural Law program, which he’s scheduled to start this September.

One of the low lows included being incarcerated for trafficking cannabis just 10 years earlier.

At the top of 2010, Aderonmu found himself at the end of a short career in cannabis sales, courtesy of the Pennsylvania Bureau of Narcotics Investigation.

The troubles, trials, and trauma of incarceration returned him back to Canada, where he struggled to start and build a new life for himself.  In 2017 he experienced a mental breakdown, and sought help, that came in the form of therapy and antidepressants.

One night, still in the rhythms of emotional lows, he caught an episode of 60 Minutes that profiled a convicted bank robber who transformed his life to become a law professor. In that moment, Aderonmu decided he would follow a similar path, and began the process of designing a new life.

As a successful cannabis salesman, event manager, and business owner in his previous life, he was familiar with  hard work, hustle, and creating something abundant out of scarcity.

He took that energy and went about laying down the necessary groundwork to apply for Law school and become a lawyer.

“I saw how important the role of a lawyer was in people’s life. I wanted to be able to impact people in a similar way–with the added bonus of lived experience, ” he said.

He joined the John Howard Society Board of Directors as the only black person on the board and he reached out to faculty, networking his way toward law school. He applied to York, and was rejected. Later, he applied to Ryerson, and at the top of 2020 ( 10 years almost to the date of his arrest and incarceration,) he was accepted into Ryerson’s brand new Faculty of Law, joining their inaugural class of 2023.

“I’m no exceptional negro. I’m a normal person, my LSATs were okay, not great,” he said.

He wants to demystify the process of making a new way for oneself. He wants to be a model of what is possible and what is accessible for people who look like him.

“If you want something enough, you can change and you can grow.”

Aderonmu had no idea about the year ahead when he accepted the offer to Ryerson’s Law school in January 2020.  There was no way that he, or anyone, could have prepared for, or imagined the events that would transpire just a few months later.

Following the high highs of acceptance into the program of his dreams, he found himself once again in the low lows of deep sadness and depression following the Corona virus lock-down and the string of anti-black incidents across the media. From the Amy Cooper incident to every horrific incident that would follow, Aderonmu found himself overwhelmed.

Seeing all the death, murders, and violence took a toll on him. He expressed mental fatigue that affected his sleep.

“It’s not like you stop being black just because of Corona,” he laughed.

The blatant racism that was being demonstrated brought him back to his dehumanizing experiences in the prison system, and he was reminded of all that he was working so hard for.

He sees writing wrongs as his reason for being and aims to channel his energy into those efforts for service and justice.

“I want to know numbers around people in Canada with marijuana trafficking charges–who need a pardon,” he said.

For now and for the future, he’s focused on taking good care of himself to ensure he can stand to see another day.

” I came to centering myself, cutting out all the noise and keeping my eyes on the prize–and that’s getting my law degree.”

Learn more details of his story in his op-ed in Toronto Life.