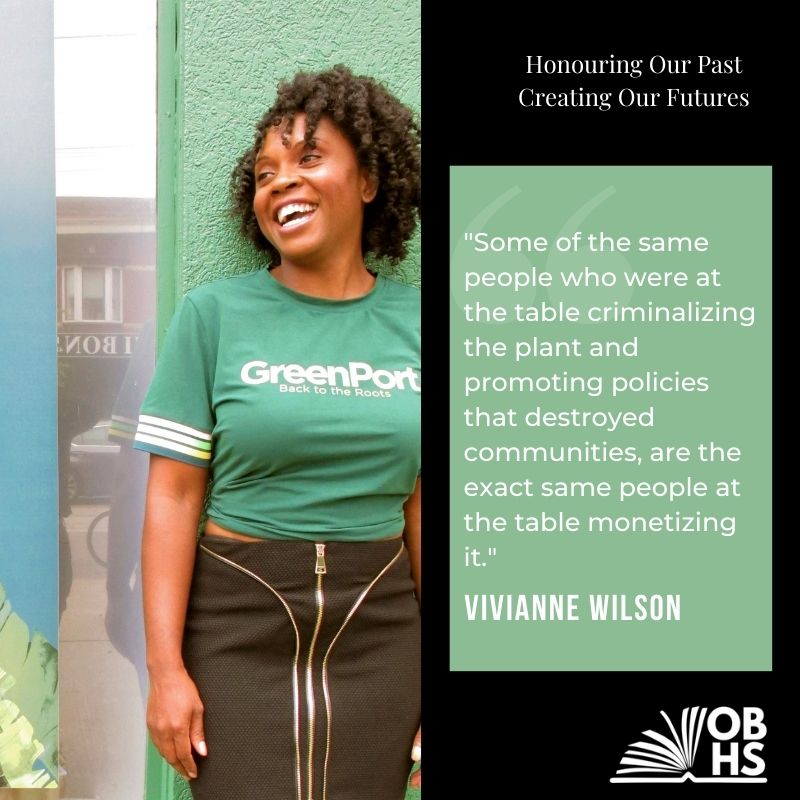 Vivianne Wilson has been waiting patiently, and her patience is waning.

As the first black woman to open up a cannabis storefront in the province, she has experienced her fair share of roadblocks and red tape.

She started her cannabis licensing journey at the start of 2020. Unfortunately, amidst the challenges of the coronavirus, the government continued to block progress.

“After passing my security inspection they [Alcohol and Gaming Commission of Ontario] told me that I had to wait an additional 90 days before I could open my doors. The cannabis license process now became a 253-day process, meanwhile large corporations are opening up a [cannabis] store every month, ” she said.

“You do all this work, expense a significant amount of funds, just to be told to stop, while they allow these other companies to continuously spread and open. It’s clear that the government’s process heavily favours wealthy corporations as it financially grips small independent operators like myself.“

At present, just 15 companies own over 60% of the cannabis retail market in Ontario. This consolidates the power and organizes it in a way that is consistent with all the other corporate systems and for-profit structures for which North America is well-known.

Wilson intends to disrupt this pattern  with her business.

Hailing from Westmoreland Jamaica, the perish best known for its premium ganja, she was comfortable and familiar with the plant and its healing properties.

“Our elders would boil the leaf to make tea for asthma, and other ailments…they were really our first doctors, our first researchers,” she laughed.

When she came to Canada in the early 1990’s she quickly learned that the plant was not accepted. That the people paraded on the news labelled as criminals for their association with the plant looked predominately like her. She knew then that she would have to distance herself from it if she wanted to preserve her freedom. A few decades later, the game completely changed, and she feels ready for it.

Wilson believes that people of colour, especially those with historical knowledge of the plant, must be at the table in order to see the Canadian industry lead the world in legalizing cannabis in a way that represents all. She takes this belief and puts it at the front of her company’s culture and brand.

“We are not just opening a store, at GreenPort, we’re creating a community where everyone can feel welcomed.”

After going through the cannabis licensing process, both federally and provincially, Wilson understands first hand some of the failures of the current policies.

“Much too often, the decisions that are made to represent the people of this country, are made by people who do not represent the people of this country. That becomes even more evident, in the cannabis industry, when you see that some of the same people who were at the table criminalizing the plant and promoting policies that destroyed communities, are the exact same people at the table monetizing it.”

This blatant hypocrisy doesn’t intimidate Wilson. She’s made sure to equip herself with a solid understanding of the Cannabis Act to ensure that she wouldn’t be left behind in the Canadian green rush, and encourages her communities to do the same.

As the daughter of a sugarcane farmer, she’s prepared for the laborious work of agri-business and excited about applying those principles and skills to the new(ish) industry.

“This is the perfect industry to really set the tone for justice and equity for all…[Communities of colour] must unite in that. It would send a strong positive message about Canadian systems,” said Wilson.

“We can’t just put on paper that we’re the first to legalize,” she stated.

“Then what? What has really been done to support these communities that have been destroyed by the previous unjust policies and decades of over-policing?”

Wilson intends to share the rich history of the plant and elevate the many communities of colour who have used this plant for its spiritual and healing properties. She’s excited and encouraged by the actions and activism of the current and ensuing generations, and believes that their energy will bring us to the next chapter in Canadian history, one where the ideal of justice for all is realized.